In our efforts to provide children with every opportunity and advantage they need to succeed in the world, we sometimes overlook a vital ingredient. Imagine for a moment that there is an option available for your child that fosters emotional, social, and cognitive development; reduces stress; improves physical and mental health; strengthens families; and is fun–with no negative side effects. Wouldn’t we insist our schools offer it, sign our kids up for it, and have our doctors prescribe it? Well, fortunately we can, because that magic something is called play. 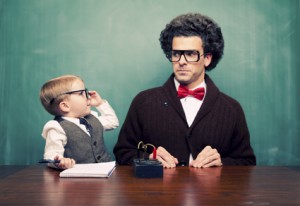 The kind of play I am talking about is what Bruno Bettelheim describes as, “activities characterized by freedom from all but personally imposed rules (which are changed at will), by free-wheeling fantasy involvement, and by the absence of any goals outside the activity itself.” This is different from games, Bettelheim goes on to say, which are, “usually competitive and are characterized by agreed-upon, often externally imposed, rules, by a requirement to use the implements of the activity in the manner for which they are intended and not as fancy suggests, and frequently by a goal or purpose outside of the activity, such as winning the game.”

We all know that play is fun, but aren’t kids just wasting time when they’re rough-housing around instead of practicing spelling words, piano, or tae kwon do moves? Well, actually not. If you think about it, the human species evolved without formal education or traveling sports teams. On a survival of the fittest planet, play was where children acquired the functioning and skills that enabled them to problem-solve, cooperate, build human relationships, make sense of the world, and in other ways become “fit.” These skills have not gone out of style simply because we have more sophisticated tools (computers instead of spears) at our disposal.

Using those sophisticated tools, considerable scientific research has been done on play. Some of the benefits that have been identified are:

Physical – Play burns up calories and builds both a strong mind and a strong body. In the large muscle/ gross motor arena, child at play may crawl, walk, run, reach, climb, jump, bend, throw, catch, balance, rotate, and so on. In terms of dexterity and fine motor skills, play often involves handling and manipulating objects and tools.

Social – Most play is highly social and both teaches and requires that children learn to cooperate, negotiate, take turns, share, play by the rules, and follow directions.

Cognitive – Neurological studies have shown that play stimulates brain development, increases exploratory learning, and strengthens memory. Play is an excellent laboratory for problem solving, decision-making, learning about cause and effect, about “what if’s”, about spatial relationships, and more. We all learn much more readily when the process is fun.

Emotional – Children learn about feelings, including how to process them, how to manage and express them, how to understanding the feelings of others, and how to feel and show empathy.

Language – Play is rarely silent for any length of time. Children are testing out sounds and words. A child alone may be narrating his own activities. Children together are learning about and practicing speaking, listening, and conversation skills.

Executive Function – Children at play are highly motivated to learn perseverance, resist impulses, work on self-regulation of emotions and behaviors, and exert self-control and self-discipline in order to accomplish the tasks they set for themselves and to successfully engage with the other players. They are practicing their EF skills on their own initiative without even realizing it.

Creativity and Imagination – An essential element of play is the creative brain, as seen in pretend play and fantasy. We don’t have to teach a child at play to “think outside the box,” they are already doing that instinctively. Daydreams and a rich inner life are often the seeds for goals and passions later in life. The challenge is keeping the creativity vibrant through adulthood.

Resilience – Play helps children use their imagination to handle adversities such as stress, loss, or illness. The child can mentally be somewhere else when things are too big to handle, they can envision and practice real ways to address tough problems, and they can keep important memories alive—all through play.

There is no one way to play. Some play is sheer pleasure in the moment (swinging on a swing). Some, such as playing mommy, is a rehearsal for later life. Play can also be a way of processing what is going on for the child, such as daytime battles against monsters that hide under the bed at night. Play can also involve mastering skills, such as jumping on a pogo stick for hours on a summer afternoon.

Another way to look at play is through the type of activity or pattern of play, rather than through the purpose of it. The choice of activity is determined in part by where the child is developmentally, their unique “play personality,” their temperament and interests, and who or what is around.

The simplest play pattern, called attunement play, can be between parent and infant when they are looking into each other’s eyes and connecting. Young children also do body play, in which the child explores body movements, and sounds. Picture a preschooler twirling, running, bouncing, hooting and hollering.

We tend to think of play as being synonymous with toys, but this is a modern phenomenon. For most of human history, play was more about activity than object. Nonetheless, we have always played with things. Object play begins with simple curiosity about an object (a baby putting a toy in her mouth) and evolves into increasingly complex manipulations of things, like a high schooler designing a morning alarm clock system that involves all the electronic devices in the house, even though there is a perfectly good clock in his room.

Social play goes from parallel play to romping together to complex rituals and interactions. It can include the above types of play as well as more cerebral, less physical activities, such as those listed below.

Play can allow us to transcend the reality of our lives. In story telling play children can dally in the realms of their subconscious, conquer their fears, or experience all kinds of vicarious enjoyments as they are the heroes and villains of their stories. In creative play not even the sky is the limit. Sometimes children even grow up to make their fantasies a reality. Perhaps the kids who pretended to fly to the moon in that old cardboard box grew up to create the Apollo spacecraft that actually took men there.

Everyone benefits in child-parent play. Parents and children learn to communicate effectively with each other under enjoyable circumstances, which is useful for when you need to communicate in less than happy moments. Children learn that they are important to their parents and get to experience parental love and attention. Parents are reminded how to have fun and to be in the moment. Parents also learn what interests the child and what challenges they are struggling with (such as when the child asks the parent to pretend to be the student, while the child acts the role of the demanding teacher). The parent-child relationship is strengthened through the pleasure of sharing time together, no matter what type of play it is.

Family Play should be a regular part of family life. It can happen in the car when driving together and telling stories, in the park when running around together, or at home when building forts out of chairs and blankets. It is more a question of being open to and intentional about opportunities to play together rather than planning complicated activities or lessons.

-Children need unstructured, child-led playtime to be creative, to decompress, to socialize, and to reflect. Make this a priority instead of simply what happens when nothing else is scheduled. Regularly turn off electronic media and other passive entertainment and tell kids to go outside and play. While parents can and should monitor for real safety concerns, they should not direct the play.

-Provide opportunities for children to have free-play time with other kids. This is increasingly important as even recess is being restructured in schools. Preschoolers can be introduced to unstructured playgroups where they will begin to move from parallel play to cooperative play.

-Provide children with toys that can be played with in an infinite variety of ways and thus allow children to use their imaginations fully. Commercial toys that have prescribed uses tend to limit rather than expand thinking and creativity.
Don’t rush to keep your child occupied. “I’m bored” is a good starting point; they will begin to learn to find ways to entertain themselves.

-In child-parent play, parents should take their cues from the play expert, your child, and not treat the time as an opportunity to educate or preach. You may think that the Parker Brothers’ rules are the only way to play Monopoly, but he may have a different, and perhaps much better, idea.

-Sports teams, extra-curricular activities and enrichment opportunities are also important. There is no magic formula for determining the balance of these adult-directed activities with unstructured, child-led play. It depends on the needs, interests, and temperament of the individual child, as well the family situation. Take the child’s wishes into account to the extent possible. Also watch your child for signs of stress, somatic illness, anxiety or depression. If you are seeing these, try increasing their play time and providing more play opportunities with other children.

Perhaps the best gift you can give your child is the opportunity for simple, joyful play.