Most people think about “fighting” as a sign that something is wrong with their relationship.  While some fights are destructive to relationships, the truth is that all couples argue.  The stress of managing a life together generate can conflict in even the best of relationships.  Couples who are successful find ways to address their differences in a way that minimizes harm and lays the groundwork for more understanding.  Marriage researcher John Gottman has observed hundreds of couples, and has found that couples who manage their conflicts successfully are much more likely to be satisfied and stay together.  Here are some tips that can help you manage conflict in your couple relationship: 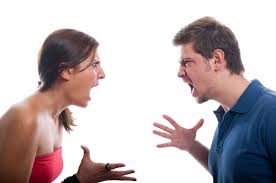 Focus on the problem, not the person: Too often we associate differences we have with our partner as representative a flaw in his or her character.  These thoughts can translate to negative feelings that are out of proportion, and can make it very difficult to “fight fair”.  When your husband fails to take out the trash again you might say to yourself “He’s a terrible slob who cares nothing about my feelings”, and be more likely to attack him verbally. Instead, try to take a moment to focus on the problem instead of him.  You might try thinking, “There is a problem with chore distribution in my relationship that needs to be worked out”.  When you shift your perspective from a focus on your spouse’s character and towards the problem, your anger will become more manageable, and you will be more able to address the issue in a constructive fashion.

Watch what you say: While none of us are completely calm and diplomatic when we argue, remembering these guidelines can help prevent arguments from harming the relationship:

Start as you wish to end:  As much as possible, try to avoid starting an argument with a loud voice or an angry inflection.  If you start a difficult conversation tactfully and constructively, you’re much more likely to avoid escalation to a disastrous argument.  Watch your nonverbal communication: starting with an even tone and avoiding glares or sneers can set the groundwork for a productive airing of differences.

Pick the right time to fight: Did your spouse just walk in the door from work?  Has your partner been up all night with the baby? It’s probably a good idea to save this discussion for another time.  Some couples find it helpful to designate a time to address a particular issue.

Keep your eye on the goal:  In a successful fight, both partners not only express themselves, but also hear out the others’ thoughts and feelings.  Try to focus the argument on hearing the partner’s ideas as well as expressing yours, and aim for at least some compromise or partial resolution.  Avoid “unloading” multiple grievances and complaint.

Remember to Repair: When things are calmer, do your best to apologize for any hurtful things you may have said.

While disagreements can be painful, fighting is an inevitable part of all close relationships. Nobody always “fights fair”.  But if you practice these skills over time, you can help your arguments with your partner to be more productive and less destructive, and your relationship will likely benefit over the long term.